I Used 3D Hubs to Print a Phone Dock. Heres What Happened. 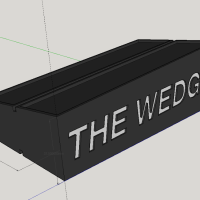 Last week, Make:‘s Matt Stultz wrote about the new collaboration between MakerBot’s design community, Thingiverse, and the Amsterdam-based 3D Hubs. Eventually, the collaboration could bring together Thingiverse’s 700,000 designs with 3D Hubs’ 15,000 printer locations  though for now, the feature is available only for parts developed by a handful of pre-selected designers. In March, I used 3D Hubs to print […]

The post I Used 3D Hubs to Print a Phone Dock. Here’s What Happened. appeared first on Make:.