Back in May, AMD unveiled its Radeon RX480, which became the cheapest VR-capable graphics card available. The company is continuing to stick with its low-price / solid-performance model today with the announcement of two new GPUs  the RX 460 and RX 470. These arent meant for VR, but Radeon is billing them as an affordable way to get into gaming while not compromising quality.

You can now control Nests Thermostat with your Apple Watch

If you own both a Nest thermostat and an Apple Watch, you might’ve figured the two would’ve learned to play friendly by now. I mean, Apple Watch keeps you from having to pull your phone out of your pocket to see who’s bugging you while you’re trying to finish Stranger Things, Nest’s thermostat keeps you from having to pause Stranger Things just because you’re… Read More

After months of teasing, Microsoft is finally almost ready to give Minecraft Windows 10 Edition Beta users a taste of VR. In a blog post celebrating the first anniversary of Minecraft Windows 10 Edition Beta, Microsoft announced that support for the Oculus Rift will be coming “in the next few weeks” as a free update to existing users. People who want to get in on the action have… Read More

I’m going to put this right up front: Adr1ft isn’t for the weak of stomach. The virtual reality free-floating space survival sim left me a tad queasy, and I’m somewhere in the middle of the VR sickness sensitive spectrum. But for those looking to boldly barf where only Oculus Rift owners have barfed before, Adr1ft is launching on HTC Vive today. Even if you might feel a… Read More

Amazon shattered expectations when it reported second quarter earnings after the bell on Thursday. Adjusted earnings per share came in at $1.78, when Wall Street was forecasting $1.11. Amazon also beat revenue predictions, posting $30.4 billion for the quarter when analysts were expecting $29.55 billion. Shares ticked up 2 percent in after-hours trading. The company saw a significant increase… Read More

The media is passing through an awkward digital adolescence. With falling revenues and smaller newsrooms, the industry is being squeezed into an unfamiliar online space against its will. Publications with hundred-year pedigrees are having to rethink and relearn their trade from the ground up. Read More

Sony posted a slim ¥21.2 billion ($205 million) profit for its Q1 2016. That’s down on the ¥82.4 billion profit it carded this time last year, but in general the quarter was a mixed bag of positives and negatives following the impact of cost-cutting initiatives. Read More

END_OF_DOCUMENT_TOKEN_TO_BE_REPLACED

When I searched for information about tree view control in Google, I couldn’t find much data that explained how we can show the tree view control easily, so that made me want to write an article about how I got the output.

Here’s how to bind a tree view step-by-step.

Dark Patterns Across the Web Are Designed To Trick You

An anonymous reader writes from a report via Ars Technica: Harry Brignell has posted a 30-minute video documenting dark patterns, deliberately confusing or deceptive user interfaces (not exclusive to the internet) that trick users into setting up recurring payments, purchasing items added to a shopping cart, or spamming all contacts through pre-checked forms on Facebook games for example. Basically, they’re tactics used by online services to get users to do things they wouldn’t normally do. Yael Grauer has written an in-depth report on Ars Technica about dark patterns, where he discusses Brignull’s work with UX designers and business executives: “Klein [Principal at Users Known and author of UX for Lean Startups] believes many of the worst dark patterns are pushed by businesses, not by designers. ‘It’s often pro-business at the expense of the users, and the designers often see themselves as the defender or advocate of the user,’ she explained. And although Brignull has never been explicitly asked to design dark patterns himself, he said he has been in situations where using them would be an easy solution — like when a client or boss says they really need a large list of people who have opted in to marketing e-mails. ‘The first and easiest trick to have an opt-in is to have a pre-ticked checkbox, but then you can just get rid of that entirely and hide it in the terms of conditions and say that by registering you’re going to be opted in to our e-mails,’ Brignull said. ‘Then you have a 100-percent sign-up rate and you’ve exceeded your goals. I kind of understand why people do it. If you’re only thinking about the numbers and you’re just trying to juice the stats, then it’s not surprising in the slightest.’ ‘There’s this logical positivist mindset that the only things that have value are those things that can be measured and can empirically be shown to be true, and while that has its merits it also takes us down a pretty dark place,’ said digital product designer Cennydd Bowles, who is researching ethical design. ‘We start to look at ethics as pure utilitarianism, whatever benefits the most people. Yikes, it has problems.'” Brignull’s website has a number of examples of deliberately confusing or deceptive user interfaces.

Deep space travel might blow your mind, but it could be bad for your heart

Bad news would-be astronauts: Traveling into deep space could be bad for your heart.

In a study published Thursday in Scientific Reports, researchers found that astronauts who went to the moon were almost five times more likely to die of cardiovascular disease than astronauts who remained in low-Earth…

Business is booming at Google’s parent company, Alphabet Inc., even as it loses billions of dollars on kooky-sounding projects that may never produce any revenue.

Most of the losses are concentrated in Alphabet’s X lab, a wellspring of far-out ideas that Google co-founder Sergey Brin launched…

Last night, my wife and I stumbled on the Red Truck Gallery on the edge of New Orleans’ French Quarter, and today we’re going back to buy some art, and admire the pieces we can’t afford for a while longer.
END_OF_DOCUMENT_TOKEN_TO_BE_REPLACED

An anonymous reader writes: Google today announced the launch of new add-ons for the Android versions of Google Docs and Google Sheets. Those services have offered integrations with third-party tools on the web, and now a similar capability is coming to Google’s mobile operating system. There’s now a dedicated section for add-ons for Docs and Sheets in the Google Play Store, Google Apps product manager Saurabh Gupta wrote in a blog post. Nine add-ons are available for Android as of today: AppSheet, DocuSign, EasyBib, Google Classroom, PandaDoc, ProsperWorks CRM, Scanbot, Teacher Aide, and Zoho CRM. The DocuSign add-on, for example, lets you sign or send a file in Google Docs or Sheets through DocuSign. Generally these services are meant for a work context, but it’s possible that developers will build more consumer-oriented add-ons, too.

See the original posting on JavaWorld

This handy meter gives fast and reliable readings of your oxygen level, pulse rate, and perfusion index, wirelessly on your smartphone or tablet. Using the iHealth app, easily record and save your data to the secure, HIPPA compliant iHealth cloud for meaningful results you can track over time for yourself or a caregiver. This iHealth monitor typically lists for $69.95, but is currently discounted 22% to $54.33. See the discounted item now on Amazon.

Artists Jeff Louviere and Vanessa Brown explore cymatics, the study of wave phenomena and how they are represented visually. Using black-colored water, a laptop computer, and a modified guitar amp, they captured “portraits” of the 12 notes in the chromatic scale. From my sister-in-law Heather Sparks’s profile of their project in Nautilus:

In each (“portrait”), Louviere and Brown saw a distinct image: G looks like a devil, C# is the tree in the Garden of Eden, and F is something like the underbelly of a frog. If you were to repeat this experiment, you would get the same designs.

Pressing further their idea that sight can be seen and images can be heard, Louviere turned the 12 sound-induced patterns back into sound using Photo Sounder, a program that assigns sounds to the black and white values it scans along the x and y axes of an image. After applying the program to the 12 portraits, Louviere had 12 very distinct, odd and bleepy sound files, which he mixed together into a final soundscape born from the visuals of all 12 notes.

“This Is What Musical Notes Actually Look Like” (Nautili.us)

The audio is now available on a beautiful vinyl record: Louviere + Vanessa: Resonantia

See the original posting on JavaWorld

Aside from some major usability and performance improvements, Spark 2.0’s mission is to become a total solution for streaming and real-time data. This comes as a number of other projects — including others from the Apache Foundation — provide their own ways to boost real-time and in-memory processing.

[ Learn how to unlock the power of the internet of things analytics with big data tools in InfoWorld’s downloadable Deep Dive. | Explore the current trends and solutions in BI with InfoWorld’s Extreme Analytics blog. ]

Easier on top, faster underneath

Most of Spark 2.0’s big changes have been known well in advance, which has made them even more hotly anticipated. 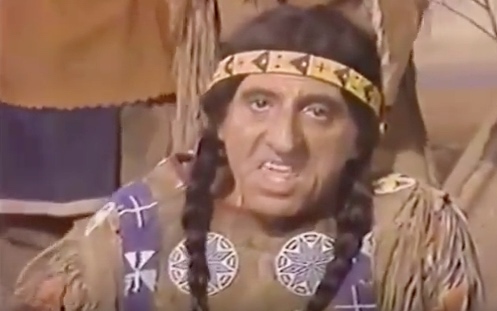 Sick of your PVC marshmallow shooter? Lichfield offers this handcrafted Marshmallow Crossbow for $90. It’s an elegant design and I imagine it would make a delightful DIY project for the right woodtool-wielding maker. To avoid injury, perhaps make sure your ammo isn’t stale.