Handy Raises $50M Led By Fidelity, Reportedly At $500M Valuation, To Clean Up In Home Services

There has been consolidation, collapse and other troubles among some on-demand home services startups, but others seem to be cleaning up in their wake. Handy — a platform for on-demand housekeeping and other services like furniture delivery and assembly via an app that connects tradespeople with customers — is announcing today that it has raised $50 million in new funding… Read More

The Seattle Interactive Conference takes place November 3 and 4 at the Washington State Convention Center. “SIC” is now firmly established as a trend-setter and meeting place of minds in Seattle’s booming technical and creative economy and beyond.

While much of SIC is invested in the marketing and creative spaces, developers will find plenty to relate to: User Experience architecture and Big Data are topics that are necessary to developing the next generation of rich media experiences to consumers.

The next season of Serial will debut simultaneously on Pandora

The second season of Serial still doesn’t have a start date, but it does have a new, unlikely distribution partner. Pandora announced today that it will be the exclusive streaming partner for the podcast phenomenon. New episodes will be made available Thursdays at 6AM ET, the same time they become available on the podcast feed. The first season of Serial, meanwhile, will hit Pandora on November 24th.

Expanding on the success of the Amazon-created sales holiday Prime Day earlier this year, Amazon announced it’s now launching a dedicated Black Friday Deals Store where Amazon Prime members will get early access to some of the best discounts. The Deals Store itself is open to all consumers, as the holiday shopping season begins with some early forecasts already predicting record numbers. Read More

Meet Me In St. Louis (And Brooklyn)

A young man named Matt Burns and I will be in St. Louis very soon and we want to see you. Yes, you. You, the person reading this right now. You are very special to us. So let’s meet in St. Louis! We will hold the first TC Pitch-Off on Tuesday, November 17th at the PBR Cowboy Bar on 601 Clark Avenue. #202. St. Louis, MO 63102. You can register here. We are looking for some companies to… Read More

Watch a Master Create a Simple Survival Tool on a Lathe 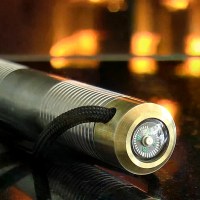 The fire piston is a simple survival tool for starting fires. Watch a master miller create one on a lathe.

The post Watch a Master Create a Simple Survival Tool on a Lathe appeared first on Make: DIY Projects, How-Tos, Electronics, Crafts and Ideas for Makers. 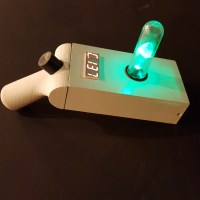 Watch How to Sharpen Gouges and V-Chisels Sharpening flat tools is pretty straightforward, but what if your tools, like gouges and v-chisels, are curved? Watch and learn how to keep them sharp.

The post Watch How to Sharpen Gouges and V-Chisels appeared first on Make: DIY Projects, How-Tos, Electronics, Crafts and Ideas for Makers.

See the original posting on Anandtech

To be perfectly honest, this past year has been remarkably boring in the mobile segment. For whatever reason, phones have either stood still or regressed when it comes to overall quality. There are a few stand-outs that have been worth talking about like the Galaxy S6 lineup and the Galaxy Note5 lineup, but for the most part every phone I’ve reviewed this year has been disappointing in some way. I carry an iPhone 6 to make sure I stay current on changes in iOS, but my primary phone continues to be an HTC One M7. I was hoping to get a new Android phone this year, but so far nothing has really piqued my interest.

Part of the problem this year is that performance and battery life haven’t been the most impressive in a lot of cases. By this point, it’s really not a surprise that Snapdragon 810 doesn’t deliver as much performance as it needs to for the amount of power that it draws. However, even independent of SoC it seems a lot of OEMs haven’t really pushed the bar in design or attention to detail. Some phones have cameras with almost unacceptable post-processing quality, others continue to have poorly calibrated displays, and the ones that have none of those have problems with software experience or something else. In general, no Android phone I’ve seen this year really delivers everything that I’d want in a single package. There are phones that are clearly better than others, but nothing that rises to the level that I’d want before putting down a few hundred dollars.

In light of this lack of competition in the market, it’s arguable that Apple is facing less competition than before. The iPhone 6s would continue to sell quite strongly even if this year’s refresh was relatively minor as they would still end up quite strong competitively as they would be able to capitalize on momentum from previous years. If you were unfamiliar with the iPhone 6s and Apple’s iPhone launch cycle, at first you might be convinced that Apple has done exactly that. However, in general the iPhone release cycle is such that industrial design is constant for two years at a time, so every other year sees a design refresh. When the design isn’t refreshed, the phone often carries significant internal changes. In the past, the iPhone 3GS brought a better SoC, a faster modem, and a better camera. The iPhone 4S brought a new SoC, camera, and Siri. The iPhone 5s brought a new SoC, camera, and TouchID. In general, we can see a pretty clear pattern of evolution but it seems that with the 5s the refresh launches have generally brought new features as it has become insufficient to simply ship a faster SoC and possibly a modem and camera refresh to justify a new smartphone. To find out whether the iPhone 6s is justified, read on for the full review.

Kim Stanley Robinson’s “Aurora”: space is bigger than you think

END_OF_DOCUMENT_TOKEN_TO_BE_REPLACED

As usual with Amazon, it’s difficult to tell which of these deals are new, and which have simply been rebranded to attract attention. Here’s a selection of what the company says will be on offer:

First Click: R2-D2, Nuka-Cola, and a look at the week ahead

Our own Christopher Thomas Plante won the World Series this weekend leaving the rest of humanity with a baseball-sized hole in their hearts  a hole that can only be filled by one thing: The Verge. So let’s take a look at the week ahead.

Were still in earnings season with Tesla reporting on Tuesday, followed by Facebook on Wednesday. And weve also got plenty of reviews lined up following the big product announcements from the September and October.

This week also sees the film premieres of Brooklyn (with Saoirse Ronan), Trumbo (with Bryan Cranston), and The Peanuts Movie (with a CGI version of Charlie Brown and gang). Fridays also the US premiere of James Bond in Spectre which opened in Europe last week to a record box office draw.

Nightmare Effects: The Evolution of a Horrifying Character Mask 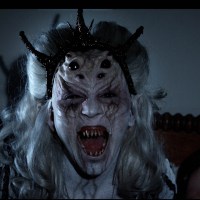 Can the problem of tech gobbling up too much of your attention be fixed by buying more technology? Vinaya, a U.K. startup which started out back in mid 2013 — and is now announcing its first full product launch, fleshing out its business philosophy and detailing $3 million in seed funding — reckons so. Read More

Apple has quietly launched a dedicated indoor positioning app on iOS, letting business owners map out their venues using just their iPhones. The Indoor Survey App was first spotted on the App Store by developer Steve Troughton-Smith, and although it doesn’t appear in search, it’s easily accessible via a direct link.

DJI Teams Up With Canonical To Launch Embedded Computer For Drones

You are a Hollywood executive, choose your own adventure

Hollywood loves reboots, sequels, and remakes. It loves connected universes. And it loves bringing back anything that’s been shown at least once to make some money. It’s a habit we all love to criticize  and yet, we must be doing something (like buying tickets, merchandise, and DVDs) to make it all worthwhile. Still, if you pay attention to the Hollywood trades or read any of the leaked Sony emails, you can get the sense that Hollywood’s leaders are just making it up as they go, hoping for the best and trying not to get burned. Here, we try to give you the experience of making a movie in Hollywood. Do your best to think of a brilliant idea, see it through to execution, and get that big promotion before you get fired.

Last Fall, Amazon gave Square a good scare when it announced its very own mobile card reader. The system, called Amazon Register, worked a lot like Square: small businesses could use a small credit card reader to accept plastic for purchases using little more than a phone or tablet. To get businesses interested, Amazon even undercut Square’s processing fees  it charged just 2.5 percent per swipe, compared to Square’s 2.75 percent. A promotion dropped that rate as low as 1.75 percent per swipe.

Amazon offered lower rates than both Square and PayPal

Now, little more than a year after launch, Amazon is tossing Register onto its ever-growing pile of failed experiments. On Friday, Amazon stopped selling the $10 plastic credit card reader…

Sprint is cutting back employee benefits and snacks as it tries to save $2.5 billion

Sprint employees are starting to feel the pinch after years of struggles at the shrinking wireless carrier. Sprint CEO Marcelo Claure recently broke the bad news to employees in a memo obtained by The Wall Street Journal. Free water bottles and yogurts are being scrapped along with a broader snacks program that was implemented earlier this year. It apparently was going to cost $600,000 per year, and Sprint’s now trying to make every dollar count.

Worse than the snacks are a freeze on raises, reduced severance pay, and increasing out-of-pocket healthcare costs. The specter of layoffs also looms on the horizon.